“Bank Identification Number” or BIN, refers to the initial sequence of four to six numbers that appears on a credit card. The number is used to identify the card’s issuing bank or other financial institution.

The BIN is the lynchpin that ties an issuer to all the cards it issues, and to all the transactions on those cards. In this post, we’ll take a closer look at BINs, what they mean, and how they may change soon.

The system assigns a unique set of digits to financial institutions so it can be easier to locate the source of a transaction even if you’re from India and the merchant is based in another country. It is crucial in the process of matching the actions performed by the issuer of the card and the receiving party.

What Is a Bank Identification Number?

Like most industries, the payments sector is littered with its own slate of undecipherable acronyms and confusing argot. The BIN is a perfect example. What is it? How does it differ from an IIN? And what do all those numbers mean, anyway?

The Bank Identification Number is a numbering convention developed to identify which particular institution issued a given credit card or other bank card, and what type of institution it is. It’s essentially the bank’s calling card; each card-issuing bank has a unique BIN.

To start, let’s look at the full set of numbers on the front of a typical bank card. This numbering system applies to credit/charge cards, debit cards, prepaid cards, and certain electronic benefit cards. For the purposes of this article, we lump them all together under the blanket term “payment card.”

In this illustration, the first six digits are traditionally called the Bank Identification Number. It’s becoming more common, however, to use the term Issuer Identification Number, or IIN. This reflects an increasing number of non-bank institutions who opt into the BIN network. However, the terms IIN and BIN can be used more or less interchangeably.

In either case, the number can vary between four and six digits, depending on the specific institution that issued the card. While using the first six numbers is the most common, it isn’t mandatory, and even that may change soon, as we’ll discuss later.

The first digit of the card number is the Major Industry Identifier, or MII, and it possesses a certain significance on its own. The MII identifies the category or type of institution which issued the card. Visa- and MasterCard-branded cards, for example, are primarily issued by banks, and so they are classified as financial payment cards. Diner’s Club and American Express are considered travel and entertainment cards, as this was their primary function at the time they debuted.

This chart spells out the MII codes by category:

To recap, when looking at the full bank card number, the first digit identifies the card issuer’s industry, while the first six digits collectively identify the specific institution which issued the card. The remainder of the 16 (or 15, in some cases) digits make up the cardholder’s account number, including one or more check digits, also called a “checksum.” A checksum represents the sum of a formula that helps determine if the credit card number is actually valid.

With the numbering combinations available, it is possible for each issuer to have about a trillion different account numbers for their cardholders.

The BIN/IIN provides merchants with a lot of other information besides just the issuing entity. For example, when cardholders enter card details for an online transaction, just those first few digits tell the retailer:

Finally, the BIN/IIN allows merchants to accept multiple forms of payment and speed up the overall processing.

Here are a few examples of the BIN format for the most widely-used card brands in the US:

As the world shifts more and more toward a digital-reality, the role of the bank identification number will likely expand. By default, this means more unique BINs will be needed. The term “BIN” itself will most likely give way to IIN eventually, as new industries enter what has traditionally been banks’ operating environment.

While there’s no shortage of account numbers right now, industry insiders think long-term. In 2016, the International Organization for Standardization (ISO) announced changes to the BIN/IIN, including expanding it from six digits to the first 8. Additionally, Mastercard introduced “account ranges” to use a single BIN across multiple products, and expanded into the little-used 2-series BIN cards. As of now, issuers and their processors are not required to move to 8-digit BIN, but they may adopt an 8-digit BIN standard if they choose.

How to Make BINs Work for You

There are additional ways that BIN, IIN and MII numbers can be used to help merchants analyze and assess their payment card transactions. More–and more accurate–information can lead to more efficient operations, but the analysis process can be quite involved. That’s why it helps to have professionals in your corner.

Here are the things you need to know about BIN codes:

1. The ABA Manages the System

BIN codes are also known as an issuer identification number or IIN. The American Bankers Association or ABA is in-charge of overseeing the ISO Register of Issuer Identification Numbers list, and they are also responsible for assigning BIN codes to issuers. You can find the BIN code of a particular bank through an online bin database without difficulty.

Generally, these databases show the type of card, whether it’s debit or credit, and the brand. It also provides information on the level of the card if it is classic, standard, gold, platinum, or has a world signia.

Other details include whether the card is prepaid, ATM, or electronic only. There’s no need to fear data breaches, though, since there are security measures in place to reduce the risk in the dissemination of bank card numbers.

These are some techniques used to prevent hackers from stealing credit or debit card numbers:

With this method, your account number is substituted with an encrypted version without changing the format of the card details. It is generally used to protect data from the credit card terminal to the payment processor.

This security protocol is why only a few digits of your credit or debit card are printed on proofs of payment. It reduces the risk of someone else getting your financial information when another entity gets a hold of your discarded receipt.

The MII or major industry identifier is the first digit of a credit or debit card. This number plays a significant role in making the process of identifying the source more manageable and shorter because the processor can immediately determine the industry that issued the card through the MII, which is a boon in today’s world where transactions are completed within seconds.

This is the list of the issuing industries and their respective MIIs:

• Airlines
• Airlines and financial institutions as well as other future industry assignments
• Travel and entertainment, as well as non-banks like American Express, Diner’s Club, and Carte Blanche
• Banking and financial companies such as Visa, Switch, and Electron
• Banking and financial industries like Mastercard and Bankcard
• Merchandising and finance such as Discover Card and China UnionPay
• Petroleum and other related or future industries
• Healthcare and telecommunications
• Reserved for national bodies upon assignment
• Reserved for the technical committee of the international organization for standardization or ISO

3. The System is Used to Fight Fraudulent Transactions

BIN data can be utilized to fight against fraudulent installment transactions. These happen when a customer abuses the 30-day trial program of a merchant. Typically, this setup involves the consumer spending a small amount for overseas shipping and processing then, if they find the product to their liking, they can keep it and continue paying the installments per month.

Some take advantage of this setup by buying several items using a gift card with limited credit. Then, they don’t return the merchandise but re-sell them on eBay while the merchant is unable to collect the subsequent payments because there’s no more money in the gift card. BIN codes can be used to identify what type of card the buyer is using and automatically decline gift, as well as prepaid cards to ensure that the customer gets billed if they keep the item.

4. BIN Data Can Be Used for Targeted Marketing

As mentioned above, these numbers will let you know if a customer is a gold or platinum card member. With this information, you can trigger additional offers and deals since most people who have this type of card have better credit scores and higher incomes. They are also highly likely to spend more than the average person, which you can use to increase your revenue.

BIN codes are essential for the swiftness of financial transactions, as well as security for both the buyer and merchant, whether you are in India or other parts of the world. This organized numbering system has allowed business owners from various industries to take advantage of the benefits that credit cards bring without the fear of data breaches or identity thefts. 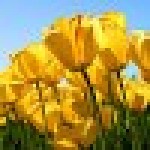