Due to performance issues, Cyberpunk 2077 was removed from the PlayStation Store in December 2020.

Sony did not reveal any new information regarding the return of the game, except for patch 1.2 in April. But, the official refund website of CyberPunk 2077 in the PlayStation Store was removed last week, sparking speculation about the game’s return, which was later officially confirmed by Sony and CD Projekt Red.

Cyberpunk 2077 now available in PlayStation Store for the first time after more than six months, but warns that it is “not recommended for purchase and use on the PS4 system.” Clear instructions from CD Projekt Red indicate that performance issues in the PlayStation 4 standard may persist. 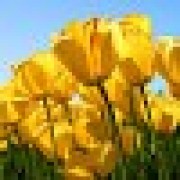 How to buy a Netflix subscription with Bitcoin and Mobile Money